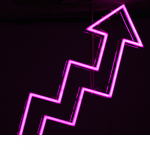 The problem for the government today is not to deploy 5G infrastructure but to accelerate the development of 5G use cases. In September 2020, the State has already selected 18 projects that will receive 83 million euros of public money, for a total investment of 260 million euros.

Three other projects have been announced and will receive €10 million of public money: a machine-to-machine communication (mMTC) project led by the engineering and consulting company Médiane Système, a network acceleration card from the Grenoble SME Kalray, and a building ventilation and heating control solution from another Grenoble SME, Adeunis.

The public funds will come from France Relance, the plan to support the economy after the Covid-19 crisis, and the 4th programme for future investments. The government estimates that this effort to stimulate 5G applications could create 20,000 new jobs by 2025, and bring the 5G market in France to 15 billion euros by that date. 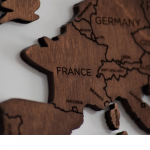 France-IX is at the heart of Internet exchanges: peering. Presentation of the company, its regional mission in France, its community of about 400 member companies, its activities, its projects...

Listen to the interview 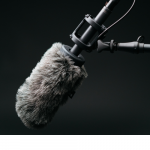 Physical infrastructure, the IXP (Internet eXchange Point) or GIX (Global Internet eXchange), allows interconnected players to exchange local Internet traffic through mutual agreements known as "peering". This improves the quality of their Internet speed and limits the number of intermediaries to transport the information.

France-IX is one of the main exchange points in Europe, while Rezopole, based in Lyon, is the largest regional exchange point in France. Faced with international competition gaining ground in France, in a desire to participate in the sovereignty of the Internet and with the desire to expand their presence in French-speaking countries, they decided to join forces and collaborate.

For 10 years, France-IX has been offering public and private interconnection services through its neutral exchange points in Paris and Marseille. It has more than 400 members under its association status, while the operational structure is led by SAS France-IX Services, headed by Franck Simon, whose sole shareholder is the association.

For its part, Rezopole, which has had association status for 20 years, has more than 100 members connected in Lyon and the Auvergne-Rhône-Alpes region, and offers a wide range of complementary peering services. Philippe Duby is its President. Its assets, men and equipment, join SAS France-IX Services, while its members are added to those of the France-IX association.

Solutions Numériques interviewed Franck Simon, President of France-IX Services and Philippe Duby, President of Rezopole. They spoke about the association's status, their customers, the reasons for this merger and future challenges and deployments. 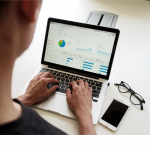 It is 1990: the Internet has a few million users and the first commercial companies have recently adopted this new distributed infrastructure.

The routing of network traffic from one region to another generally depends on the major transit providers (level 1). These levels 1 are at the top of the hierarchy, composed of a few thousand existing AS, forming what is called the network of networks.

A lot has changed since those early days, when small ASs paid the biggest for connectivity. This dependence on intermediaries has resulted in transit costs, indirect routes, long round trip times and a general lack of control over the quality of service. The bypassing of intermediaries by direct peering interconnections became the obvious answer, and Internet Exchange Points (IXPs) then appeared as the default solution for establishing connections.

Between 2008 and 2016, the number of IXPs and members almost tripled. At the same time, accessibility via these facilities has stagnated at around 80% of the announced address space (IPv4) while resilience has increased due to increasing redundancy.

In almost all regions, particularly in Europe and North America, IXP members have grown richer with an increasing number of members and greater accessibility. However, the regional ecosystems were distinct. For example, European IXPs had the largest number of members but the smallest AS (in terms of accessibility), Asia-Pacific was at the opposite extreme.

This growth raises the question of the observable impact of IXPs on the Internet. To answer this question, Queen Mary University in London, in collaboration with researchers from Roma Tre Univ, the GARR Consortium and the University of Tokyo, extracted a large collection of traceroutes covering the same period and identified IXPs crossed.

The IXPs have had a clear impact on reducing the average length of access paths at AS level, particularly for large (hypergiant) global networks. Given that these networks are traffic-intensive, it is likely that a large proportion of Internet traffic has benefited from a substantial reduction in the number of AS crossed.

They have also clearly helped to bypass level 1 transit providers. However, their impact on reducing the number of transit links (not necessarily level 1) visible on the route is more moderate.

Despite these changes, a clear hierarchy remains, with a small number of networks playing a central role. It is interesting to note that there is a small group of very central networks, regardless of whether the paths cross an IXP or not.

In addition, the Internet hierarchy has changed: large central networks have reduced their use of public peerings while IXPs have been adopted by smaller and less central ASs. This is probably due to the increasing popularity of private network interconnections (NIBPs), which are generally favoured by AS when large volumes of traffic are exchanged.

Overall, the increase in the number of IXPs since 2008 has had a clear impact on the evolution of the Internet, shortening paths (mainly) to hypergiants and reducing dependence on Tier 1 transit providers.

The results must be interpreted in the light of the constraints of existing data, and there are a number of areas where work is possible. For example, topological data are independent of traffic volumes and total visibility on the Internet is impossible to achieve.

In addition, content distribution network (CDN) redirection strategies are not included in the traceroutes; it is assumed that accounting for the increasing traffic volumes delivered by these networks would likely support these conclusions. 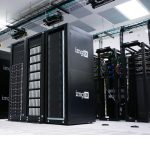 Central data centres are connectivity relays, real marketplaces. They bring together almost all the players in the digital value chain. The challenge is therefore to know how to identify them, to be able to recognize them in order to open a PoP (Point Of Presence).

There are three types of data centers: hyperscale, edge and core. Usually organized in a loop, each one has a very specific role in the organization of an IT architecture. It is very common to see players hosting their application in a hyperscale, deploying their IT in an edge and ensuring an optimized network path by creating peering links in a core.

Central DCs have a very specific importance and are therefore becoming real performance levers that determine many infrastructure choices.

But how to identify them? The easiest way is to consult the referencing databases of network players such as PEERING DB and to search for the data centre with the largest number of members. If they have differentiating elements such as the number of members and network ports available, cushioned network equipment or an extremely wide choice of actors, it is in peering that their main attraction lies.

In a central DC everyone is on an equal footing: everyone shares data via a physical connection from point A to point B. Regardless of the nature of the interconnection: peering, direct interconnection or transit, I know that everyone is within cable distance of my rack. I will therefore benefit from clustering effect. And the effect is virtuous, the more actors a central data center brings together, the more interconnection there is, the cheaper it is.

Peering is a strong trend that is becoming essential. A study published by Arcep in 2017 related to traffic measurement among ISPs in France indicates that the data exchanged on the territory are distributed in this way: 50% for transit, 46% for private peering and 4% for public peering. The same ratios were observed by the Journal du Net in one of its central data centers. The share of transit decreases very significantly between 2017 and 2018. Public peering is growing and private peering is increasing very significantly. Three main consequences follow from this dynamic: content players will get as close as possible to end customers by bypassing hosters and forwarders in the short and medium term, freight forwarders seeing their business decline will try to recover the margins they are losing on the CDN link, and finally ISPs will try to get closer to the end customer themselves by including content in their offers.

Several good practices deserve to be shared to move to live traffic. First, start with the application. Before choosing where to host your IT, it is necessary to consider the nature of the IT. Depending on the answer, you have to organize your architecture. The challenge is to create network accesses that facilitate the user experience and reduce costs. Depending on their priority and the level of security required, the applications will therefore be divided between core, edge and hyperscale.

Secondly, how to bring the user closer to these applications? The alternative is quite simple: either use peering or direct interconnections, or put the application locally in its data center and set up a private network link to the end user.

The meaning of the story seems to be moving towards a transformation of the IT agent into a buyer. IT managers are now able to organize these outsourcing choices in these three types of data centers. Business choices therefore become business choices. 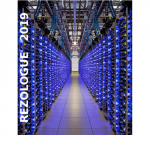 Rezologue, the catalogue of services and training offered and led by our experts, has been revamped!

Rezopole offers you a complete range of solutions to optimize your network performance, improve your technical teams or develop your infrastructures. 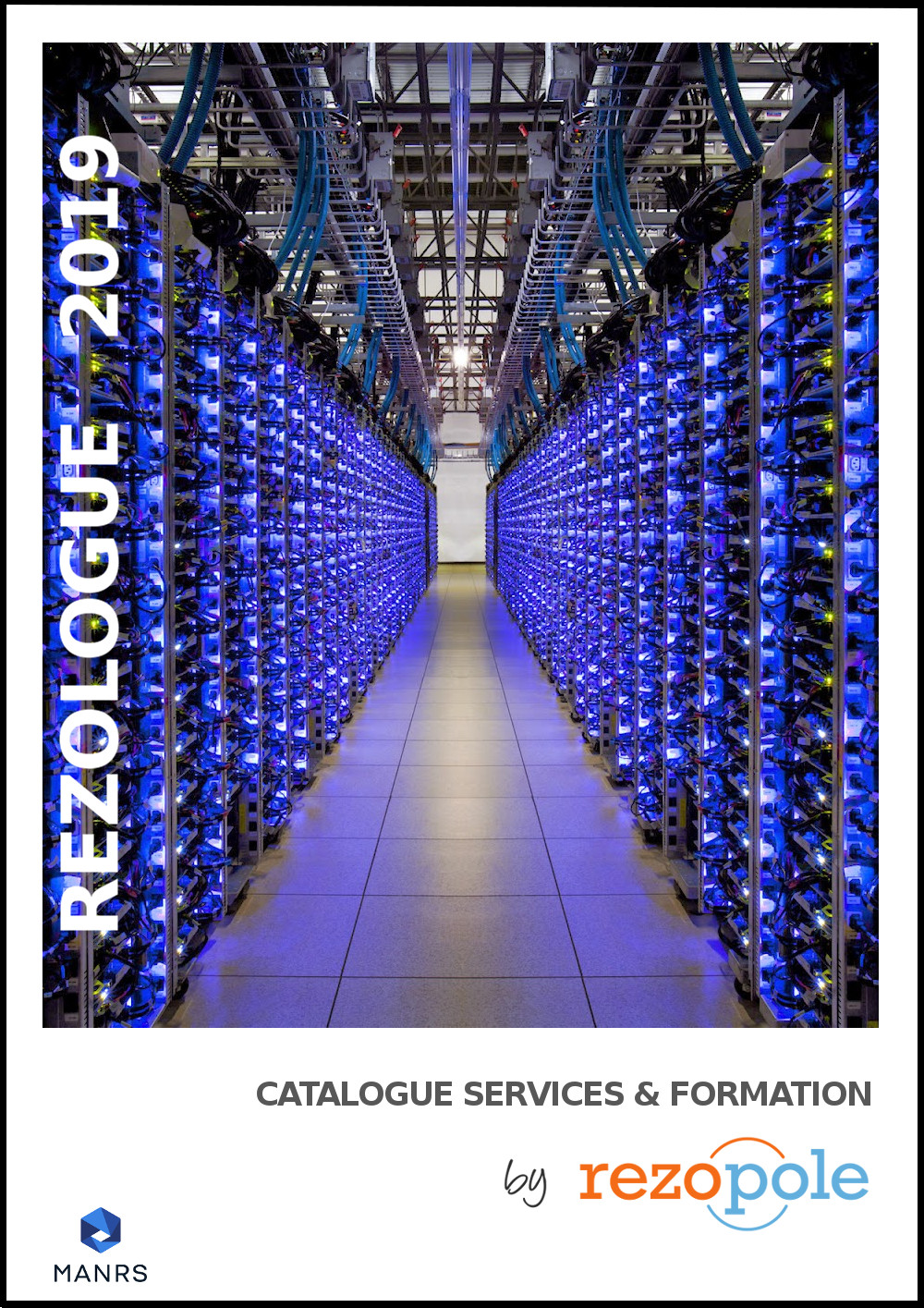 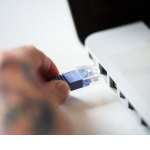 By publishing this barometer of data interconnection in France 2018, the Autorité de Régulation des Communications Electroniques et des Postes (Arcep) proposes to popularize the subject in order to better understand the state and developments of this market. 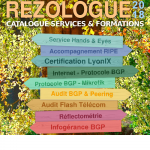 Rezopole offers companies and local authorities to delegate the management of their BGP infrastructure in order to improve performance and optimise management costs.

This service is intended for any entity, customer or not, of the GIX / NAP services of LyonIX and GrenoblIX. 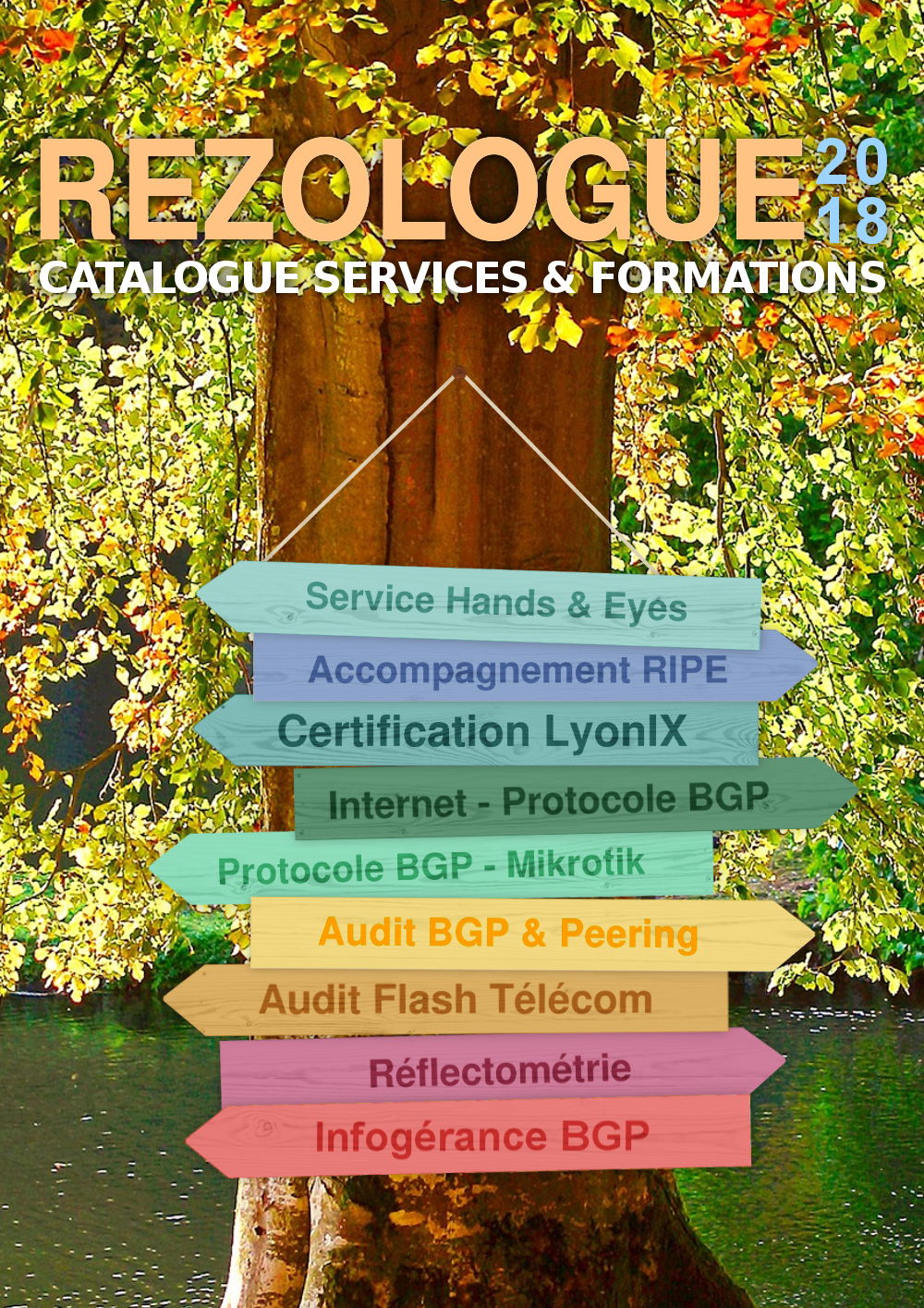 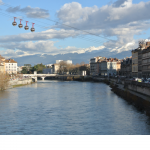 Rezopole awaits you on Thursday 7th, June from 9:30 am in Eolas's datacenter for the next IXPloration.

Entirely free, this monthly meeting is a presentation of GrenoblIX intended for structures interested by a connection on the IXP/NAP of Grenoble. The connected members, who would like to better enjoy GrenoblIX, are also cordially invited.

Please bring a valid ID, without which you will not be able to attend the event.

The number of participants is limited to 12 people. 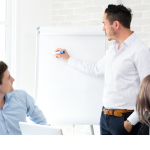 This completely free event allows you to discover the many advantages, for your structure, of being connected to the IXP/NAP of Lyon.

See you on June 7th, 2018 at the Eolas Hebergement's Datacenter

More details on this morning here.

Rezopole awaits you on Thursday 17th, May from 9:30 am in its offices for the next IXPloration.

Entirely free, this monthly meeting is a presentation of LyonIX intended for structures interested by a connection on the IXP/NAP of Lyon. The connected members, who would like to better enjoy LyonIX, are also cordially invited.

The number of participants is limited to 10 people. 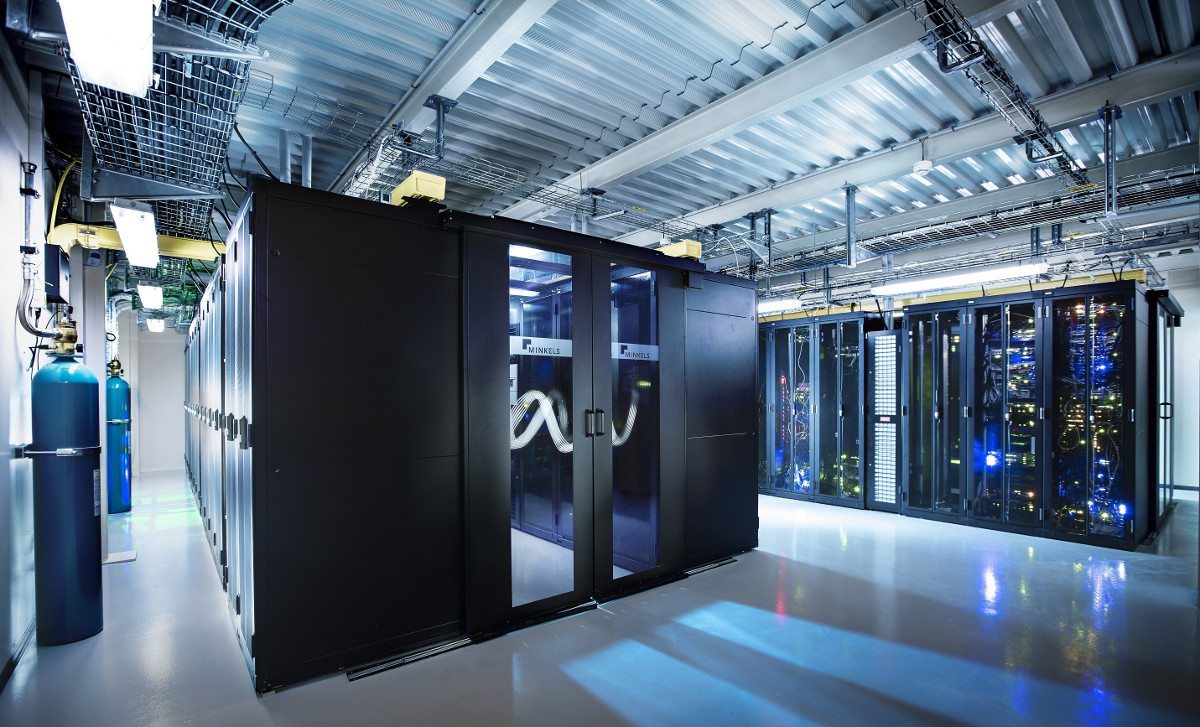 The maximum number of participants is reached for this session. Thanks to everyone who signed up!

The 18th edition focuses on best practices in BGP announcement implementation and filtering. 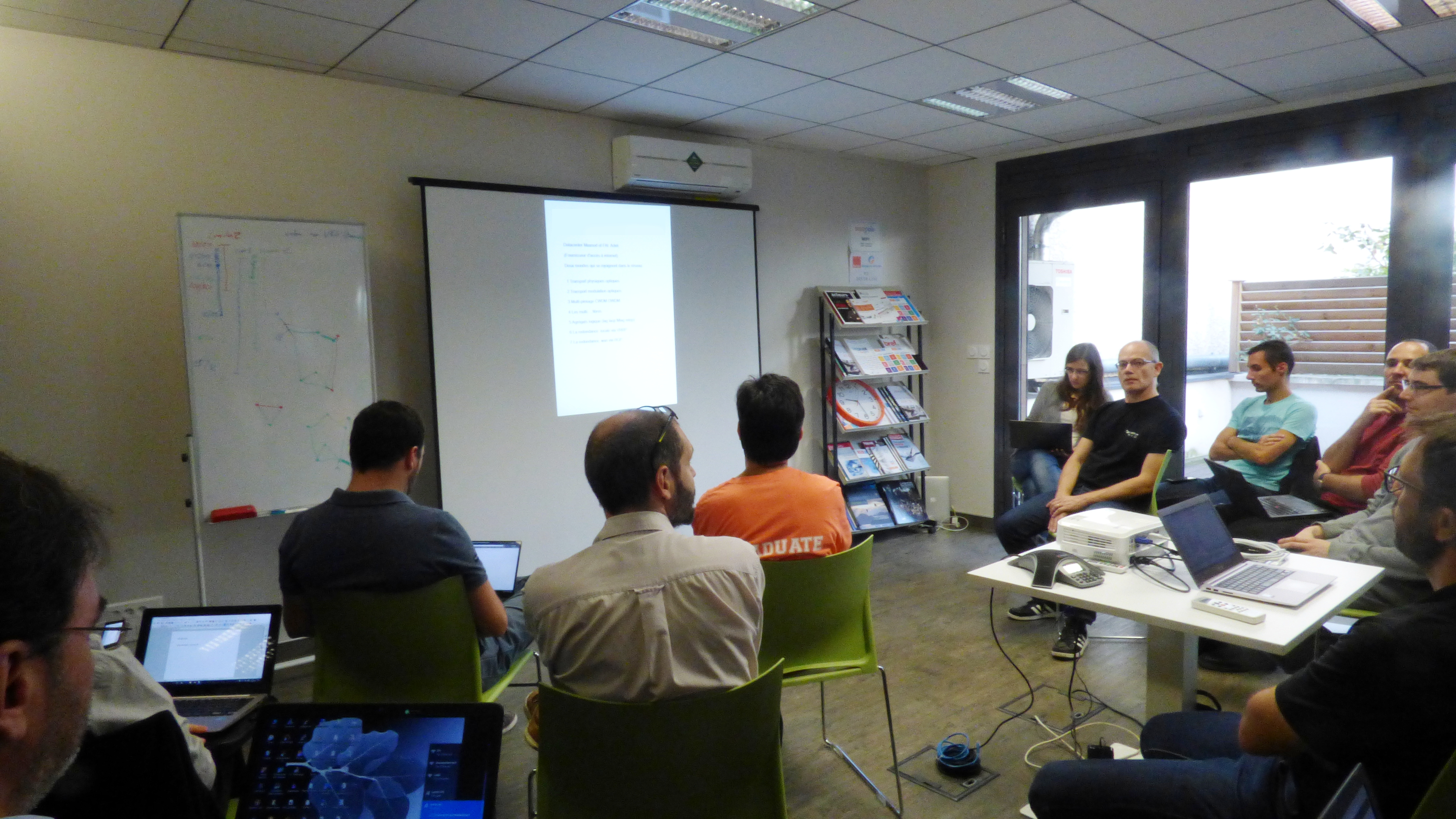 This edition will focus on best practices in BGP announcement implementation and filtering.

The number of seats is limited! 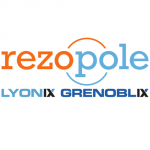 The next BGP Workshop will be held on March 13th and 14th at the Rezopole premises in Lyon!

Learn the basics and master one of the fundamental protocols of the Internet for an efficient peering!