Rezopole, in partnership with La Cuisine du Web, invites you on Tuesday, December 3rd at 6:30 pm to 12ᵉ meet RezoGirls.

During this new round table, several speakers will discuss the theme "Inequalities in entrepreneurship: how, thanks to Digital, are women reversing the trend? ». The debate will be followed by a cocktail reception.

Despite persistent differences, some figures show a positive trend in female entrepreneurship in France. Companies run by women today employ on average 13 fewer people than those run by men, compared to 64 fewer people between 2012 and 2014. Similarly, disparities between women and men entrepreneurs tend to narrow in terms of wealth creation.

Is this positive evolution driven by the Digital Revolution? Our four speakers will discuss the subject based on their respective experiences and provide a relevant analysis of this phenomenon. 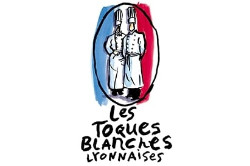 Graduated from Skema Business School in 1993, Beryl Bès created BB-A Conseil, an insurance and credit brokerage firm, in 2009. Convinced of the potential of crowdfunding to support business development, she created MyAnnona in 2014. This platform offers women who are undertaking online and face-to-face financial support. Co-author of a book on crowdfunding and business at Editions Eyrolles, Beryl is also a speaker at Force Femmes and 100,000 entrepreneurs and, since January 2019, General Delegate of the LDigital Foundation.

Passionate about new technologies since a very young age, Alisson Foucault has always wanted to make technological innovation useful. His interest in topics related to High Tech led him to study computer science and organize events for the general public.

Tiphaine Frugier has been a professional in communication and event organisation for 12 years and specialises in digital communication and the digitalisation of companies. Volunteering as an association, meeting others and learning from all these experiences, helped her discover what she really wanted: to become an entrepreneur! It integrates Girlz In Web above all because it is a benevolent network and mutual aid is permanent. What could be more normal than to highlight women who want or are pursuing a career in the Digital and new technologies!

A graduate of the ETH of Sceaux and the University of Munich, Jade Le Maître is one of the 20% of French women engineers. Robotics entered his life in 2010 with his research project on Human-Robot Interaction. She then embarked on robotics events and met Max Vallet, with whom she founded Hease Robotics in 2016. At the same time, Jade mentors start-ups in the Lyon French Tech network and invests in Lyon-is-Ai. She is also an expert evaluator at the European Commission on collaborative projects related to robotics and a member of the Holnest Club.

An independent association whose aim is to promote Web and Digital entrepreneurship in Lyon, La Cuisine du Web is defined as an action-tank to help companies and professionals by promoting meetings in a unique and offbeat atmosphere.