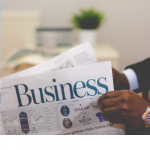 The founder and majority shareholder of Iliad, Xavier Niel, has decided to strengthen his control over the telecom group by launching a share buyback operation. The aim is to take the share off the stock market.

This simplified takeover bid, aimed at holding all the shares not held, is set at 182 euros per share, i.e. approximately 60% above the last price. This announcement caused Iliad's share price to rise by 61% on the Paris stock exchange in the early morning hours of Friday 30 July.

The operation was initiated by HoldCo II, a company controlled by Xavier Niel. He holds, directly and indirectly, 70.6% of the company's capital and 78.7% of its voting rights.

Xavier Niel and Iliad's senior executives and historical shareholders, who have undertaken to tender their shares to the offer, hold directly and indirectly 74.9% of the capital and 83.6% of the voting rights of the group. "At the end of the offer, if the number of shares not tendered to the offer does not represent more than 10% of Iliad's capital and voting rights, HoldCo II will ask the Autorité des marchés financiers to implement a squeeze-out procedure," the company said in a statement.

Founded in 1999, Free's parent company has operations in France, Italy and Poland. Europe's sixth-largest mobile operator by subscribers, Iliad has 42.7 million subscribers and generated revenues of €5.9 billion in 2020.

"Iliad's new phase of development requires rapid transformation and significant investment, which will be easier to achieve as an unlisted company. Our ambition for Iliad is to accelerate its development to make it a leader in telecommunications in Europe," Xavier Niel said in a statement.

This is not an isolated operation in the telecom sector. Indeed, last January, Patrick Drahi, founder and majority shareholder of the Altice group, also delisted his European group (SFR, RMC, BFMTV...). The operation was intended to make it easier for Altice Europe to implement its strategy and to focus on long-term objectives, without having its quarterly performance scrutinised by the markets.