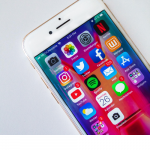 France's leading Internet service providers ranked it as one of the largest consumers of bandwidth a year ago. These groups, such as Google, Netflix, Akamai, Facebook, take advantage of the tips of French operators without paying their fair share.

The French Telecoms Federation (FFT) and its president are therefore calling for "more equity". In an interview with Le Figaro, Arthur Dreyfuss explains that "80% of the taxes paid in France by digital players are paid by French telecom operators. At certain times of the day, 80% of telecom network traffic is due to YouTube, Netflix, Amazon and Facebook".

Under these conditions, the FFT proposes to introduce a toll, i.e. to charge for access to the networks of French operators. As these pipes are extremely profitable for American giants, access providers are wondering when they will participate in financing the infrastructure. Indeed, ISPs must constantly invest in expanding and improving their networks. These are therefore heavy financing for which the Internet giants participate little or not at all.

This proposal does not come about by chance since the government wants to introduce a tax on the advertising activities of the largest digital companies. It should be implemented very quickly since it has just been voted by the Senate. 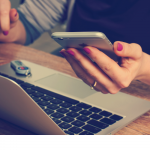 Among more than 35,000 municipalities in France, 541 still have no access to the Internet, even though it is now a necessity. The government has therefore set itself the goal of "getting rid of these white areas" by announcing broadband and very high speed access for all by 2022. Things seem to be moving in this direction with the "new mobile deal" concluded between the State and ARCEP to accelerate mobile coverage of territories or the compromise between SFR and Orange on the development of fibre in less dense areas.

Arnaud Bousquet proposes to review this digital divide in the 31th July radio programme Le téléphone sonne on France Inter. To answer the Internet question, mobile telephony: when will the white zones end? he receives Martine Lombard, member of the ARCEP college, Michel Combot, Director General of the Fédération Française des Télécoms and Sébastien Dufromentel, secretary of the Fédération FDN.

Listen to the show

The white zone concept only concerned mobile telephony and currently represents only 1% of the territory. Today, it also includes Internet access. To enable everyone to access this technology, more than 20 billion euros will be invested in the France Très Haut Débit plan.

For most people in these dense areas, it is not a choice not to use the Internet, it is a technical impossibility. The testimonies of various listeners from the Lot, the Hérault or even the Loire-et-Cher are quite appalling. Some have to travel several kilometres to have an Internet connection or pay a monthly subscription but only manage to connect once a week. Others, a little luckier, have an ADSL connection but very low and must therefore invest in additional equipment with a very irregular speed. The elected representatives also call on the operators to improve this connectivity wherever we go, work or live. However, there are other ways to connect like 4G, 5G or radio bridges. These transition technologies are deployed by the operators while waiting for the optical fiber.

If at the beginning of the 2000s, France had no delay for the deployment of ADSL, the same cannot be said for very high speed broadband. One of the reasons is that the major operators have prioritised their infrastructures at the expense of FTTH (fibre to the subscriber's home). Regulatory requirement is another such factor. However, France remains globally ahead in terms of optical fiber in Europe thanks to its investments over the last ten years.

Technical questions arise for the integral fibering of the population. In France, 40% of households do not have an address or number, although a house numbering plan is required for each commune. This plan speeds up the fibering process and limits the risk of errors during the optical fibre connection.

However, white areas are not limited to rural areas. Connecting to the Internet remains difficult or even impossible on public transport or rail networks. The equipment and coverage of the transport axes is an important point of the January agreement between the government and the operators. One of the objectives set is to cover 90% of the regional rail network in 4G by 2025.

This raises the question of equipment priority setting. Why do we choose to equip a city that already has 4G with optical fibre rather than a city where there is no Internet access? It is the local authorities that are supposed to define the priorities. But most local authorities, via the Public Initiative Networks, let the commercial operator decide which areas to equip. The economic development of the regions now depends on the development of the territory in digital infrastructures to be able to work and develop its trade.

This "digital new deal" is an important government commitment. The State is making efforts and is thus renouncing the financial auction of frequency allocations, i.e. around 3 billion euros. But in return, operators commit to invest these sums, or even more, in improving the mobile network with general commitments: transform all 3G sites into 4G, cover 55,000 km of road network by the end of 2020, create 5,000 sites each with mutualization to fundamentally remedy the mobile disparity.

A listener from Deux-Sèvres raises the question of the network's obsolescence. In rural areas, most subscribers have access to the Internet via ADSL via the telephone network installed over 40 years ago. However, the use of this network has its limits since the flow decreases with distance. Optical fibre is particularly suitable for these areas since the throughput remains the same whatever the distance. The choice of this technology is therefore justified, but it is still necessary to find the investments to deploy it. It is also necessary that the operators who lay the fibre do not keep it for their own profit. Indeed, this would lead to foreclosure for small ISPs and only large operators could operate.

The removal of these white areas can pose a problem for so-called electro-hypersensitive people since they are currently refuge areas. But how to face these contradictory wills because if certain people refuse Internet by principle or because of their health, it is a very strong stake in particular against the rural desertification of the youngest.

The digital divide can also be transposed to Overseas France. For example, in French Guiana less than 7% of the territory is covered by 4G. Only the coastal areas have good coverage, the rest of the department has no 4G access but these areas have a low human density. Investment efforts have been made by local authorities and operators in Overseas France, but more remains to be done, particularly in French Guiana.

Listen to the show