The Rezopole User Group was held at the Rezopole premises on March 31st. Rezopole had the pleasure to receive Rémi Lapeyrade, researcher at the CNRS-LAAS; who presented the SDN project at the TOUIX IXP.

The participants discovered the TOUSIX project networks architecture as well as the equipment (Pica8 among others) and software used like the Openflow for a programmable ASIC configuration.

The TouSIX project is focused on research. The infrastructure is above all a technical and scientific demonstration seen as a typical model applicable to the SDN transition. However, the results show that it is possible to take radical routes (programmable ASIC) consistent with production environments.

The SDN advantage in this context is to improve the scalability, resilience and security. The advantage is also a better control of networks equipment.

Ronan Bianic from Rezopole team presented a report on the Juniper hackathon (project in partnership between Juniper and France-IX) that was held in Paris. The presentation was about the network deployment automation technologies via "ansible" and the VXLAN implementation,  tunneling technology above IP.

These points should be examined in greater depth, that would probably be the theme of the next RUG. 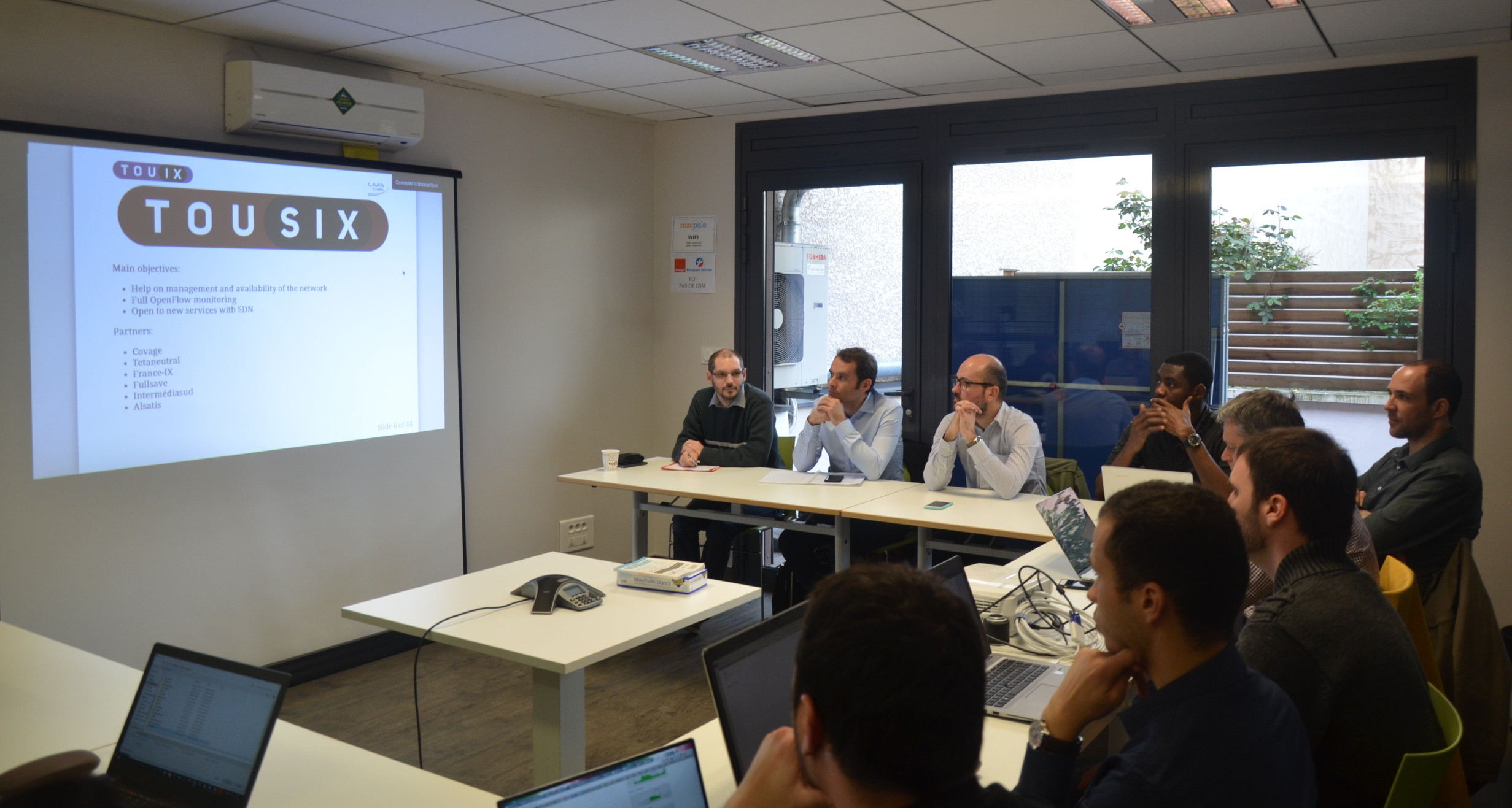 From 1st to 3rd of March the Juniper France Hackathon, organized by Juniper and France-IX, was held in Paris.

Great occasion for Rezopole technical  team to discover the Juniper system and their implementations of the RFC7348 dealing with VXLAN and the RFC7432 on EVPN technology.The theme was the network automation, the Juniper provided a virtual laboratory to the participants starting from vMX for EVPN / MPLS and from vQFX for EVPN / VXLAN. For the automation part we used Ansible accompanied by PyEZ, python library developed by Juniper in order to interact with their equipments.

Thanks to Juniper and France-IX for this very instructive event and bravo to the winning team!