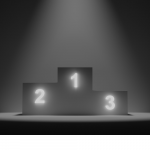 Most countries started their migration to the new IPv6 protocol several months ago. This transition is essential to cope with the IPv4 address shortage that has been predicted for many years. The most recent ranking showing the IPv6 adoption rate by Google users puts India in the lead with 61.67%. Malaysia and French Guiana are second and third respectively.

IP (Internet Protocol) addresses are a kind of license plate that allow Internet users to surf the web. Without these IP addresses, we would not be able to access the web. Each time we open an account, an Internet box for our home, or a subscription for a mobile phone, we are assigned a unique IP address. The IPv4 protocol is reaching saturation point.

Existing since 1983, this protocol is limited to 4.3 billion IP addresses worldwide, including 83 million for France. At the end of June 2020, French telecommunication operators had already allocated nearly 95% of IPv4 addresses. This is why a switch to IPv6 was necessary. IPv6 is also considered to be much more secure, faster and more powerful than its predecessor. Above all, this protocol offers many more IP addresses.