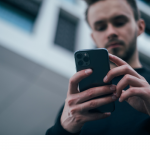 It intends to charge its new UK customers extra to use their mobile phones in Europe. All new registrants, as well as users wishing to upgrade their plans from 7 July 2021, will have to pay £2 a day to use their plan in 47 European destinations.

The European Commission, meanwhile, proposed a few months ago to extend the abolition of roaming charges between different EU countries by 10 years. This measure, which has been in force since June 2017, was initially due to end in 2022. It concerns the 27 EU Member States, as well as Iceland, Liechtenstein and Norway, but not the UK. Indeed, due to Brexit, it ceased to apply EU rules on 1 January.

According to a Eurobarometer survey, half of Europeans with a mobile phone have travelled to another EU country in the last two years. In the summer of 2019, data roaming usage increased 17-fold compared to the summer of 2016, the summer before roaming charges were abolished.

Back in January, EE, O2, Three and Vodafone said they had no plans to reintroduce roaming charges, even if the Brexit gave them the opportunity to do so. EE now justifies that reintroducing these charges will "support investment in our UK-based customer service, and in our leading UK network". The additional charges will not apply to UK users in the Republic of Ireland.