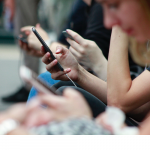 The annual report on the quality of experience of the services offered by mobile operators in mainland France has just been published by the specialized firm Qosi. This document is intended to report on user experience on 2G, 3G and 4G networks marketed by operators during the year 2020.

This study is based on feedback from 42,000 contributors spread across 20,000 municipalities in France. And the results reflect a growing disparity of situations, whether in the countryside or in the city. By 2020, 23% of metropolitan municipalities will have a low-quality 4G network, with the vast majority of flows below 10 Mb/s. Worse still, 3% of the municipalities surveyed do not have any usable data network... 95% of these municipalities are located in rural areas.

Nevertheless, it should be noted that the quality of service of mobile networks is constantly improving, both in the city and in the countryside. In terms of downstream speeds, for example, Orange is one step ahead of its competitors in 2020, with the best average speed at national level. The incumbent operator is followed by SFR, then Bouygues and finally Free.
Despite widespread improvement, this is still not enough to widen the yawning gap that now separates rural and urban connections.

Take the case of Orange. Even by improving its downstream speeds by 10 Mb/s in all geographical areas, this is still not enough to close the gap between the quality of service observed in rural and urban areas. The operator is thus the one with the greatest disparity in speeds between the different strata of the population.

Conversely, Free is progressing uniformly throughout the country, making it the operator offering the most consistent quality of service.

The same applies to upload speeds. Orange has the best average upload speed in France. But the difference in treatment will remain significant depending on whether users are in urban or rural areas. In spite of this, the incumbent operator has established itself as the operator offering the best speeds for all population strata. Next comes Bouygues Telecom, followed by SFR and then Free.

This territorial divide is logically reflected in the results of the quality of service offered by operators on web browsing. At the national level, the proportion of pages displayed in less than 10 seconds is 92% for Orange, 89% for Bouygues Telecom and SFR and 86% for Free. Here again, rural areas are down 5 to 10 points compared to urban areas. This is enough to push operators to redouble their efforts to finally hope to bridge the digital divide in 2021.